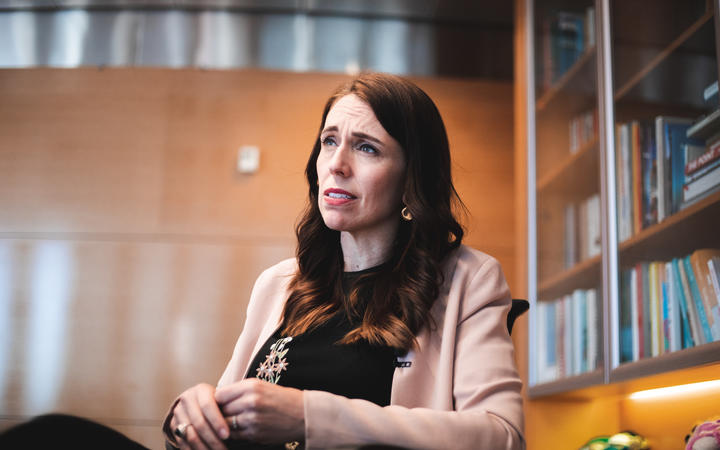 At least 270 companies, including big names such as Talley’s, the Fonterra cooperative, and McCains, have breached their trade waste consents many times over the past year.

No companies have been prosecuted or fined and local councils say their pleas for the government to fix the law have been ignored for 18 years.

“They should know that I am looking at what the options are. But actually I think New Zealand would put anyone on notice. It’s 2021, everyone knows the importance of the shared collective resource of our waterways,” Ardern said.

“No one thinks it’s acceptable if companies are openly and willingly degrading our waterways.”

Minister of local government Nanaia Mahuta told Morning Report these issues would be addressed by the new water regulator, but not for at least a couple of years.

Ardern said she had asked officials to look at what could be done in the meantime.

“I’ve just been speaking to the team about getting a bit more information about what options exist in the meantime, because no-one wants to see our waterways openly degraded.”

Meanwhile, a Hamilton City Councillor said companies caught dumping contaminants down the drain should be named and shamed.

Ninety-nine companies in the city have breached their trade waste consents in the past year, including a chemical manufacturer with 16 “high-risk” breaches, but the council refuses to say who they are.

They are among the 270 found to have unlawfully dumped contaminants in breach of their consents, nationally.

Councillor Dave Macpherson said he and several other councillors believed there was no reason why this information should be withheld, and they had urged council management to release the names.

“We’ve had a couple of cases where Hamilton City Council has breached some of its discharge consents, inadvertently in the past, and that’s been made public immediately.

“There is no reason why anyone else should get the benefit of keeping it secret.”

It was also concerning that the first councillors had heard of the 99 breaches were when RNZ published its story on Monday, he said.

The variety in responses from 68 councils asked the same questions by RNZ regarding trade waste consents highlighted the “inconsistencies” in how the law was applied to official information, Chen Palmer principal Leo Donnelly said.

Some councils revealed the names of companies who had breached their consents and supplied every test result for the past year. Others, including Auckland Council’s Watercare, declined to answer any questions citing “privacy issues”.

There were many responses in-between, with councils details breaches but keeping the names of the companies secret.

Donnelly, a former ombudsman, said this inconsistency was “concerning”.

“There is clearly a strong public interest in greater transparency about how local authorities are monitoring trade breaches and the effectiveness of bylaws.”

The privacy clause in the Local Government Official Information and Meetings Act (LGOIMA) was there to protect individuals, not corporations, and the public interest in naming them should outweigh any argument for keeping them secret, Donnelly said.

There were very clear guidelines issued by the Ombudsman over what information could be kept secret for privacy reasons, University of Canterbury law professor Ursula Cheer said.

The issue with principle-based legislation such as the LGOIMA and Official Information Act was that it required judgment by individuals at councils to determine how it should be applied.

“That means organisations can have different approaches, depending on who they have appointed to deal with these responses, how much training they have, and it might even be affected by the council’s approach to these issues generally,” Prof Cheer said.

The wide range of responses sent to RNZ by 68 councils on trade waste consent breaches shows just how inconsistent these approaches could be, Prof Cheer said.

“One would hope that through training and other means the application of the Act would be made as consistent as possible across the country.”

The importance of Borrowdale