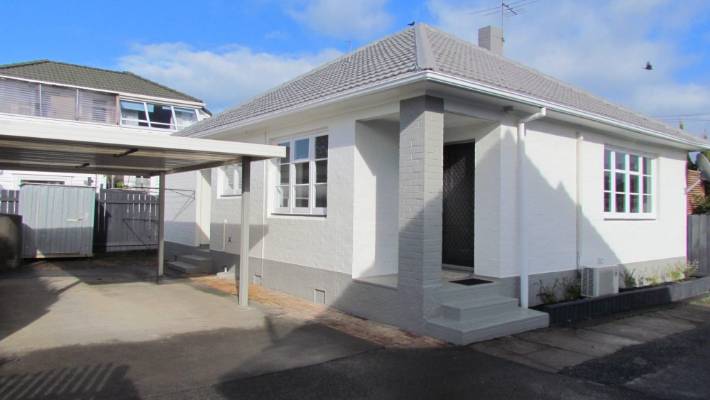 SUPPLIED/TRADEME A rental listing which said the landlord would prefer tenants who don’t cook stir fries has been changed (file photo).

An online ad for a rental property requesting tenants avoid stir fry cooking has been changed after it was found to be discriminatory.

However, the online retailer quickly removed the line after being contacted by Stuff.

“This isn’t legal. It comes across to us as racial discrimination which is prohibited under the Human Rights Act,” a TradeMe spokesman said.

While it is legal to specify who you want to live with when looking for a flatmate, landlords cannot discriminate when renting a property.

TradeMe had not received any complaints about the ad on Monday morning. But it had changed the copy to remove the line about stir fry cooking and contacted the advertiser to inform them it breached its policy.

The landlord, who gave his name only as John, said he was unaware that asking tenants not to cook stir fries was illegal. 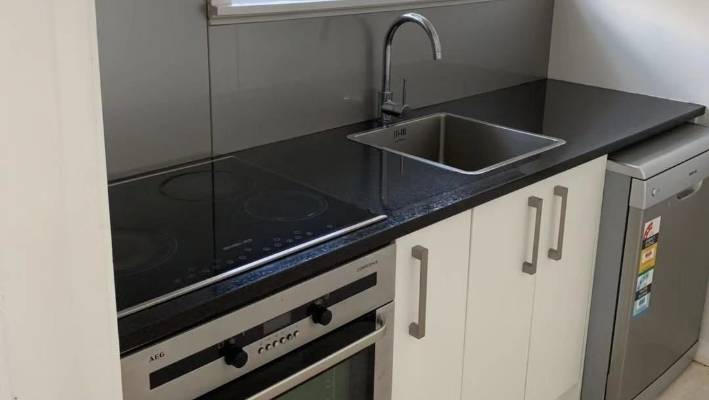 SUPPLIED/TRADEME The kitchen of a Mt Roskill property where the landlord doesn’t want tenants to cook stir fries.

He had thought it was OK because it was preference rather than a requirement, however was willing to change the wording straight away when he was informed it was illegal.

John said he didn’t want his tenants cooking stir fries because they were oily.

“I’m actually Asian. I cook stir fries. I know they are oily.”

SUPPLIED/TRADEME A landlord renting this property in Mt Roskill, Auckland requested potential tenants to avoid cooking stir fries because they are oily.

As well as not cooking stir fries, the landlord’s ideal tenant would be a professional or working family with good references and a stable income, according to the TradeMe ad.

Last year, a flatmates wanted ad was branded as racist for stating the group wouldn’t accept Indian applicants because they didn’t like curry.

At the time, Mai Chen, partner at law firm Chen Palmer, told Stuff the Human Rights Act prohibited denying anyone “the right to occupy any land or any residential or business accommodation”. 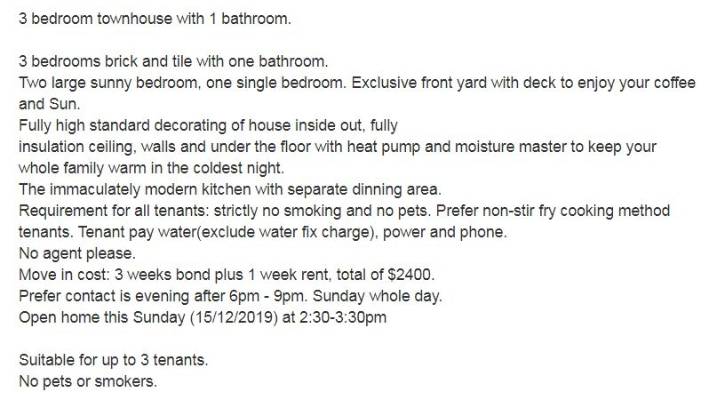 SCREENSHOT The TradeMe ad also stipulated no pets and no smoking.

However, there was an exception for shared rental accommodation.

“If you are a landlord then you can’t refuse to lease out residential accommodation because someone is Indian,” Chen said.

“But what it does allow is if somebody is looking for a flatmate to share their accommodation then they can discriminate – there’s an exception.”

In December 2017, an Indian couple looking for a Queenstown home alleged they were asked by a potential landlord how they cooked, because she was worried about the smell left behind by curry.

The New Zealand Property Investors Federation’s executive officer, Andrew King, said a landlord discriminating against someone because of food smells was “outrageous”.